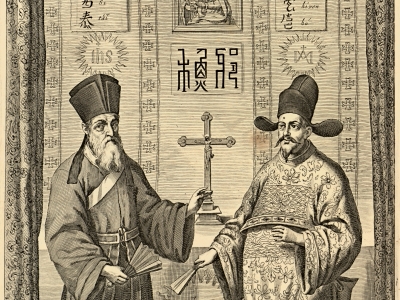 This track is devoted to historical study of Christianity as it spread beyond its earliest roots. The structure of the major in this track is designed with a two-fold goal:

This track is devoted to historical study of Christianity as it spread beyond its earliest roots. The structure of the major in this track is designed with a two-fold goal:

Demonstration by exam and course-work of reading fluency in up to two primary source languages, as appropriate to the student’s area of concentration (examples: Latin, Greek, Coptic, Chinese, Syriac, etc.).

The normal course load is three advanced courses per semester, consisting primarily of doctoral seminars. Candidates entering directly from an undergraduate program ordinarily will complete six semesters of course work. Candidates entering with advanced degrees, such as M.Div. or M.A. in religion, ordinarily will complete four semesters of course work. Courses aimed to develop reading knowledge of a foreign language are not counted in the course load.

To gain a broad knowledge of Christian history, students will take at least one course in each of three time periods (they may also do one of their electives in Early Christianity, if they wish):

In the three courses above, or among their other coursework, students will also aim to include study of three different geographical settings, such as: Africa, Asia, Europe, Latin America, the Middle East, North America.

To cultivate expertise, students will take at least four courses (beyond any that are counted for the general core) in a specific time period and/or geographical setting, determined in consultation with their advisor.

Choosing another department or program within the Graduate School of Arts & Sciences, students must take a minimum of two courses relevant to their specialization. It is expected that the instructor of one of these courses will administer the Preliminary Exam in the external minor and serve on the Dissertation Committee.

To complement their related fields of academic pursuit, all minors must pass a minimum of two courses and a Preliminary Exam based on a bibliography developed in consultation with a faculty member affiliated with the track in World Christianity.