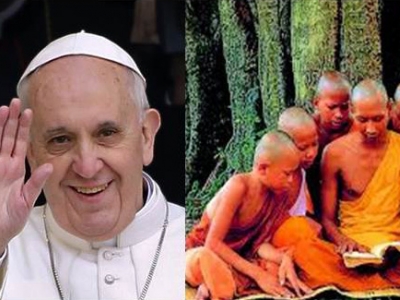 Modernity as a cultural condition colors the perception of religion in varying ways and may be studied from multiple vantage points: geographical locations (Africa, Europe, North America, the Middle East, or Australasia), politico-historical frames (colonialism, caliphate), cultural forms (graffiti, food-ways, music), ideological formulations (democracy, capitalism, socialism), or technologies (artillery cannon, print, cyberspace). What do we mean by ‘modernity’? How do a plethora of modern social imaginaries draw on and contribute to religious sensibilities and religion’s place and function in a rapidly globalizing world? How do religions engage each other in varied cultural, philosophical and historical spaces? These are some of the major questions explored in this track.

By raising foundational questions about the very concept of ‘religion’ as construed in the post-Enlightenment West through encounters, conflicts, resistance and engagement in both global and local venues, we hope to explore questions in which religion, culture and history feature prominently. As a particular kind of disciplinary formation or field of inquiry, Religion (or Religious Studies) is itself a product of one kind of modernity—and serves as a catalyst for other kinds of modernities. In this context, the nature, role and impact of Western modernities in relation to others is an important aspect of inquiry, although it is not the dominant or exclusive set of relations that can be examined. Modernities and innovations emerge at the interstices and intersections of major cultural, technological, political and historical transitions. At stake are questions such as: What is new? Who is the ‘other’? Why and how are the ‘others’ construed? How does modernity affect the human condition? This track assumes that newness and creativity are endemic to the world; thus we assert that multiple modernities exist in specific times, places and expressive forms, with each calling for some kind of critical transformation.

Pursuing graduate study in this track means critical investigations of how religious thought and experiences shape and are shaped by modernity. Neither “religion” nor “modernity” is self-evident or universally held truths and therefore they become interesting objects for critical scrutiny. Students are required to have the problem of “modernity” as a primary and organizing principle for their graduate coursework and research. The track supports interdisciplinary study, a diverse range of methodological approaches (archival, ethnographic, documentary etc), and engagement with varied media (art, material culture, performance, film, for instance).

Alex McKinley: "Mountain at a Center of the World." 2018. Advisor: Leela Prasad