The GPR is Well-Represented at the AAR/SBL 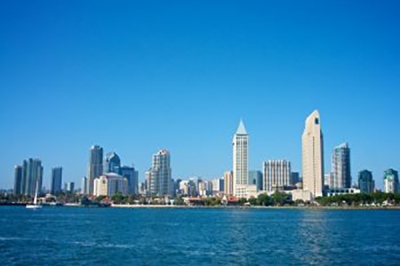 A number of GPR students and faculty will be presenting in the AAR/SBL to be held in San Diego, California November 23-26, 2019. The annual conference of the American Academy of Religion and the Society of Biblical Literature is perhaps the most important conference of the year for those in the field of Religious Studies.  More than 1,200 events—academic sessions, additional meetings, receptions, tours, and workshops—will be offered at this annual conference.

Graduate Program in Religion students who plan to present include:

Yucheng Bai – “In Search of Sublimity: Wu Yaozong’s Overseas Religious Education and His Collaboration with Communism.”

Grazina Bielousova (4th year Religion and Modernity) – “The Art of Blasphemy: Lithuanian Feminist Protest and the Sacredness of National Reproduction.”

Ryan Juskus (5th year Christian Theological Studies) – “From Resourcing the Margins to ‘Ressourcement from the Margins’: Attending to the Outpouring of Life and Power in a Natural Resource Economy’s Sacrifice Zones.”

Julie Newberry (6th year New Testament) – “Where Did the Joy Go? Reflections on the (Lexical) Dearth of Joy Later in Acts.”

Andrew Remington Rillera (4rd year New Testament) – “Two Types of Physical Circumcision and Why This Matters for Paul Polemics in Galatians and Philippians.”

Laura Robinson (5th year New Testament) – “’Making Disciples’: A Note on an Unusual Verb Form in Matt 28:19 and Acts 14:21 and the Implications for Gospel Relationship.”

Graduate Program in Religion faculty who plan to present include:

Douglas Campbell, panelist “Fulfillment and Supersessionism in the Theology of St. Paul” in Society for Post-Supersessionist Theology.

Stephen B. Chapman, “Psalm 115 and the Logic of Blessing.”

Mark Goodacre, “Mary Mary, and Another Mother: How Matthew Read Mark’s Women” and “Parallel Traditions or Parallel Gospels? John’s Gospel as a Re-imagination of Mark.”

Stanley Hauerwas, “Beyond Capitalism: Radical Traditions for a New Economy.”

Joseph Winters, “Between Ecstasy and Anguish: Black Studies and the Excessive Sacred;” panelist on “A Book Panel on Religion, Ethics, and the Practice of Modern Politics under Conditions of Injustice” in Philosophy of Religion Unit.

Graduate Program in Religion recent alumni who plan to present include (not a comprehensive list):

Matthew Elia “From Mestizaje to Cimarronaje: Afro-Latinx Ecologies and the Ethics of Climate Migration”

Mari Joerstad, “Foreign Wives: An Immigrant and a Convert Reading the Bible’s Women.”

David Smith, “The Jewishness of Luke: Reconsidering Luke-Acts in the ‘Parking of the Ways’” and “’All Israel Will be Saved’: A Lukan Hope?” and “The Sitze im Leben of the Trial Narratives in Early Jewish-Christian Relations.”

Our congratulations to these scholars for having papers accepted, and our best wishes to them as they present them.