The North Carolina Jewish Studies Seminar welcomes Karen B. Stern, Professor of History at Brooklyn College of City University of New York. She conducts research across disciplines of history, archaeology, classics, and religion and teaches courses on Mediterranean cultural history, Jewish history and archaeology, and the history of religion through the senses. Media outlets, including the Daily Beast, Atlas Obscura, NPR, the British Guardian, Ha'aretz, and Chinese CCTV have featured her work; she has served as an invited and keynote lecturer at universities and institutions around the world.

Professor Stern's second book, "Writing on the Wall: Graffiti and the Forgotten Jews of Antiquity" (Princeton University Press 2018) won the Jordan Schnitzer Book Award in 2020 (Category: Jews and the Arts) from the Association for Jewish Studies. Her current book project considers the daily lives of Jews in antiquity. 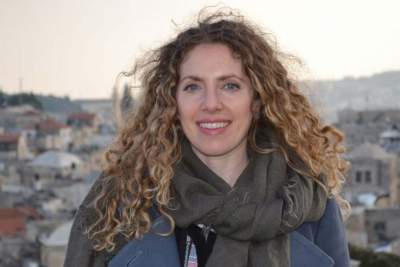